Would you take a minute to let us know what you think of our new website? 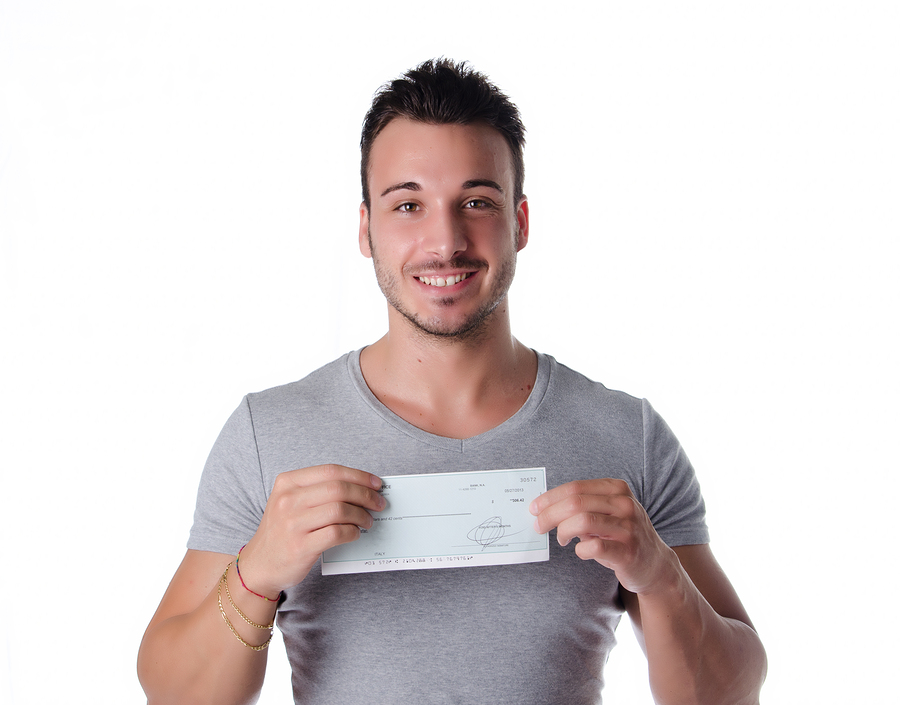 Patrick Combs has a weird relationship with money. He likes to do crazy things with it.

Like walk around in public with $10 and $20 bills attached to his shirt to publicize his one-man shows.

But Patrick’s strangest money story has to do with a fake check. You know those fake checks that loan companies send you? They say something like “You are pre-qualified for $2,307.00” And over the front it says “non-negotiable.”

Most people know immediately that the checks are fake.

Patrick knew it was fake.

But that didn’t stop him from depositing it in his bank account.

He thought it would give some teller at his bank a good laugh. And that would be the end of it.

That was not the end of it.

That’s right. Ten days after he deposited the fake check, Patrick called in to check his bank balance and heard “$95,093.35.”

Patrick had not even endorsed the back of the check!

Apparently, the fake check had enough real elements, that it passed the bank’s review! Even though “NON-NEGOTIABLE” was stamped on the front!

Then, the bank missed the legal deadline to inform Patrick that the check was “non-cash” item.

But, even though everyone urged him to keep the money, Patrick eventually relented and gave it all back.

What’s this got to do with your checks?

Well, this all happened back when real human beings reviewed checks.

Today, most checks are never reviewed by humans unless someone complains. Or if the checks are more than $5000.

All the rest are just scanned. Nobody sees them but robots.

Which means it’s a lot easier to pass a forged check these days than it was back in Patrick’s $95,000 days.

Get them locked down.