How to stay out of Dutch with checks

If you live in the US or Canada, you probably know the colonial history of Great Britain and France and maybe even Spain. 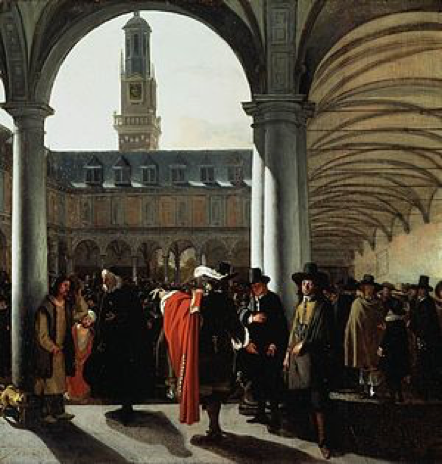 But you might not know as much about a small country that was the richest nation in the world in the 1600s.

Whatever name you choose, this European nation experienced explosive financial growth from about 1585 to 1670.

They built the best ships which enabled them to become a world trading power.

Plus, they got an early jump on the Industrial Revolution. Then they reclaimed a lot of land from the sea, which enabled them to become an agricultural power as well.

In other words, the Dutch had money.

Lots of gold lying around.

So, to protect this cash, people started depositing their money with “cashiers.” These cashiers held the money for a fee. Competition drove cashiers to offer more services including paying money to any person bearing a written order from a depositor to do so. They kept the note as proof of payment. (Wikipedia).

And the modern checking system was born.

The Dutch didn’t hold on to their riches very well, though.

By the late 1600s, the Dutch empire was in decline.

But even though they didn’t hold onto their wealth, they introduced system that has helped millions or even billions of people protect their cash.

And checks can still be the safest, least expensive way for your company to pay your bills.